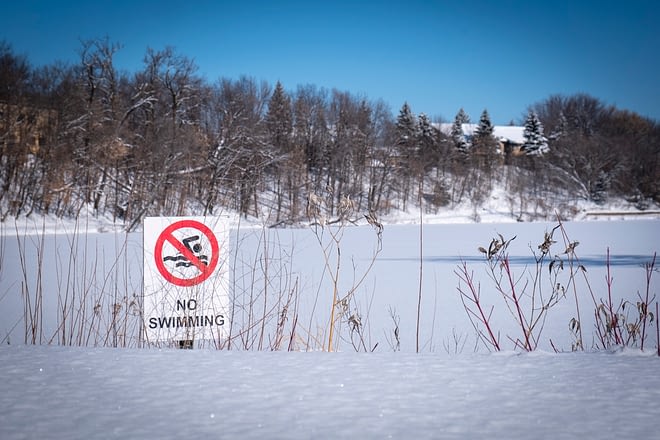 I recently had my annual cardiology checkup. I enjoy meeting with my cardiologist, Dr. Lou Kohl. While our appointments take place in a formal setting, the conversation is anything but. Last year’s meeting was over Zoom.This year I chose to do a personal visit. Being a sharp guy, his first question was as to why I chose an in-person visit. And why I had requested an EKG.

I was forced me to admit I’d had “weird feelings” when I scheduled the visit in January.
One of the things I’ve learned – when you have had a heart attack, you never put the words “chest” and “pain”, together out loud anywhere near each other if you’re near a hospital or around people who worry about you.

I did not tell him I’d had chest pains. I called them anomalies. “Weird feelings.” It’s true in January I felt kind of weird at times, but one of the things he’s taught me is that I have discomfort (not pain) that I exert myself and if the pain gets worse then I’m to go to the ER. The strain (not pain) never got worse so I didn’t concern myself with it. At least not enough to go to the ER. Because I’d requested an EKG he knew something was wrong.
This lead to a conversation about measurement. An EKG wasn’t going to tell him anything about my heart, or at least anything he didn’t already know. He brought up how some patients insist he listen to their heart. Why else carry a stethoscope? It’s part of the uniform, he said, then admitted he didn’t learn that much listening to a heart. Again, more than what he didn’t already know. He said he learned more from taking a pulse, which I found surprising. I guess if you feel a thousand wrists in a couple months you’re bound to be sensitive to what they’re telling you. He said he could feel how strong a person’s heart was beating, whether it was regular or they were missing beats.

Our conversation turned toward anxiety. I am spared a lot of anxiety because I don’t remember what happened. I don’t remember being shocked, or having my ribs broken from CPR. Heart attack survivors are generally plagued with anxiety about whether they’re going to have another heart attack and whether it’s going to kill them. I rarely worry about these things.

I was surprised when Dr. Kohl said you shouldn’t measure your blood pressure more than once a week.

I don’t own any type of device to take my blood pressure. I’m not sure anyone should other than under doctor’s orders. It seems to be device bent on satisfying the self-prophesying message something is wrong. I would love to hear from anyone who feels like taking your blood pressure leaves you with any level of comfort. Obviously there are times your doctor might tell you otherwise, but again, I’d love to hear about it.

Anxiety is toughest on young men who have heart attacks.

They’re in shock this could happen in the first place, then they’re confronted with all the emotions. I know this is stereotypical, but men suck at emotion. We hide it. We bury it. We pretend it doesn’t exist, then we drink or drive ourselves into other activities in order to ignore it. Having a heart attack, or by extension, any extreme trauma, drives those emotions to the surface.
Dr. Kohl said they know they’re going to see those patients over and over because they can’t deal with the anxiety that comes with having a heart attack.

They are going drive themselves back to the ER because of anxiety.

Your body betrays you, and suddenly your self-confidence is gone. Is lifting this brick, mowing this lawn, walking up this hill going to kill me? It’s terrible.

I sometimes worry about having another heart attack, but being kept alive as a useless blob. The “death” part doesn’t worry me much. I taught myself several techniques for dealing with anxiety that I will share as soon as I’m finished with something presentable. These things might turn into another book.

My primary concern on this yearly visit is fatigue, my constant desire to fall asleep during the day. I am hoping its cause is one of my meds, Metoprolol. Metoprolol is a beta blocker. It blocks the effect of ephedrine, which is similar to adrenaline. Metoprolol helps the heart model itself after constant rhythm, whereas ephedrine would cause your heart to spike. You want your damaged heart to model itself after constant rhythm and get rid of the outliers, which would be caused by adrenaline.
I believe Metoprolol is causing me fatigue. I don’t take a lot of meds so there aren’t a lot of options to eliminate. I have to wean myself off this drug I’ve been taking for around four years. It’s not something you can just stop immediately. I tried that already. The results were not pleasant.

Five and a half years later I’m still trying to figure out my health. Overall I am doing pretty well for a guy who shouldn’t be here, but I am not going to stop trying to do more, be more involved.

The end result of my annual appointment – Dr. Kohl recognized my concern about my heart, my desire to change how I’m feeling, and we scheduled an echocardiogram in May.

I took a MOOC course in journalism. If you don’t know what a MOOC is, read this article I did in 2013 on CornNation.com. The course was offered by the Knight Center of Journalism at the University of Texas. The course was on Newsletter strategies for journalists. There were 3,200 people in the course from all over the world. Newspapers and individual journalists/writers are starting newsletters of all types everywhere. Platforms like Revue and Substack provide platforms for individuals to monetize.
I mention this because the way the journalists go about it is so different from authors.
Authors are constantly worried about their “reader magnet”, that they give away to get people to sign up for their newsletters. They engage in newsletter swaps and book mentions to gain more followers. A good percentage of them cannot fathom why their fans want to hear anything more from them than about writing and/or book deals.
Journalists don’t have reader magnets, don’t do newsletter swaps, and have a very hard time with monetizing themselves despite their industry being killed off left and right (see what I did there!). They are, however, very good at delivering information about their niche.
I am going to tend towards journalism in this newsletter. My interests will run toward surviving and thriving after trauma, my life, brains, and tech, particularly voice technology. Sports I will leave to CornNation.com.