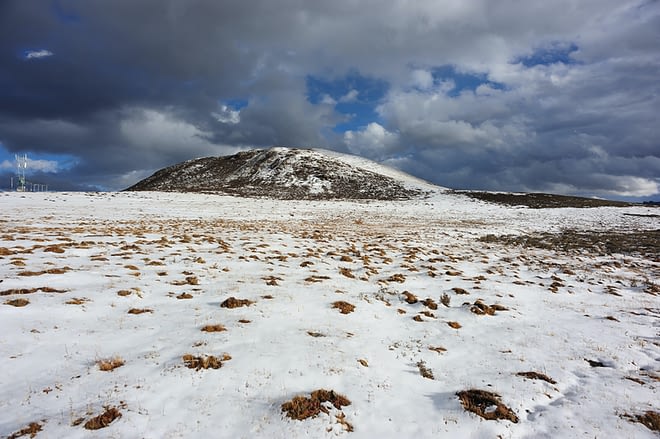 Photo by he zhu on Unsplash

I was a Boy Scout leader for 17 years. It was great fun. It gave me the chance to guide young people on their way to adulthood, which is a nicer way of saying I helped prepare them for the sick, dark, complex world that awaits them. I tried to involve myself in as many outdoor activities as possible, as allowed by a heavy work schedule. I did this because it allowed me a second childhood and the activities were fun.

I involved myself in their activities because I realized after a couple of years the kids enjoyed having their adult leaders with them. We did activities such as hatchet throwing, shooting a bow, obstacle courses, races, and once we went whitewater rafting. We played sports, like broomball, and I was sure I was going to collapse trying to keep up with teenagers. Trying to run on ice was incredibly difficult, made even more difficult by 15-year-old boys throwing themselves at your feet.

Most adults would not get involved; they’d use “being out of shape” as an excuse when they were insecure about failing in front of their kids. I felt like they wanted to maintain an aura of infallibility; that they couldn’t maintain respect if they were slow on an obstacle course, for example. I never thought much about losing competitions; it was fun, the scouts enjoyed it, and that was good enough for me.

I taught wilderness survival skills. These weren’t Special Forces level survival skills. We weren’t trying to turn them into assassins. These were basic skills such as how to start a fire, knot tying, building a shelter, reading a map with a compass, how to use an axe, purifying water, outdoor cooking, and basic first aid.

The Rule Of Threes

We taught them to understand the rule of threes, which states:

• You can survive three minutes without air, or in icy water.

• You can survive three hours in a harsh environment (extreme heat or cold).

• You can survive three days without drinkable water.

• You can survive three weeks without food.

(I was surprised when I learned you could survive three weeks without food. The first time I heard this was from a first responder who is giving a talk about a young man who spent a week lost in the Boundary Waters of Minnesota. He survived by sheltering inside a fallen tree trunk.)

The rule of threes helps you understand your priorities if you’re in a difficult situation. You need to find shelter before you find food or water, for example. You need to find a source of water before you worry about food. Life will become uncomfortable as you become hungry, but you’ll survive as there will be rescuers looking for you.

Scout leaders had distinct skill sets they taught. One of our leaders was excellent at teaching knot tying. Another was an excellent outdoor cook who took our experience beyond weiner water soup to having cobbler desserts at every camp out. Each time we taught, we tried to get our scouts to think about how these skills applied in real life.

The bowline knot is known as a rescue knot. It’s used to create a fixed loop at the end of a rope to secure an object. It can be tied around a person’s waist and will not slip when pressure is applied; you can lift a person out of a chasm without the rope slipping and squeezing them to death. When we taught knot tying, we took the time to teach life skills. We’d ask when it was appropriate to use each knot or how you would handle rescuing a person in different situations.

One of my teaching points was trying to get young people to understand a concept many adults can’t grasp; that they don’t have to like each other to work on the same team or to work towards a common goal. You put your differences aside so you can be successful.

I loved to play ”What if?” scenarios with our scouts, particularly when we were camping in the woods. My “What If?” questions ranged from simple questions about first aid to the wildest situations I could think of. If one of our scouts was using an axe, I’d ask others around him what they’d do if he mis-swung and was severely injured.

We’d cook supper, then sit around a campfire as night fell. I’d continue asking them questions.

”What if the zombie apocalypse breaks out right now and we’re here in this wilderness?”

“What if all of our electronics died right now? What would we do? How would we discover the cause? What do you think might have happened? How would we contact our families?”

They didn’t realize it, but I was leading them down a path towards a bleak existence.

“What if we couldn’t get home, and we were stuck here in this wilderness? How would we survive? What food could we eat here? Where would we get water?”

All were questions based on survival. It was always interesting to hear their answers. It wasn’t difficult to keep them engaged, as I encouraged silly, creative answers along with those that were serious. We’d discuss the subject for a bit. Then there would come a lull in the conversation. I always asked after it got quiet for at least a minute. It seemed more dramatic, the sound of the wind in the trees, everyone staring into the campfire, contemplating God knows what. It was then I’d look at one of them and ask,

“Who would you eat first?”

They’d be startled at first. They’d straighten up. They’d continue being quiet as they tried to figure out what I just said. At first, they’d think it was a joke because no one ever thinks that far into survival. We live in a time of so much abundance, being desperate enough to eat another human being is unconscionable. I’d give them about a minute, then ask again, this time with more insistence.

“I’m very serious. Who would you eat first?”

If I got no response, I’d continue to coax them.

“If we’re stuck here in the wilderness, you must eat to survive. Given that you guys couldn’t come up with a sustainable amount of food when you were asked, it’s obvious at some point you will be forced to eat someone. So… who will it be?”

One of them, typically one of the funny, sarcastic kids, would go, “Oh, I’d eat Tim first.”

The others would stare at him for a second. I NEVER asked why they picked Tim. I already knew the answer.

Humans individually are hard to predict. Humans in a group, not so much. You can take a group of humans and lock them in a room together. After two hours, they won’t always pick a leader, but they will pick the person they hate. In this case, their choice would be obvious. They’d pick the nerdiest kid amongst us, the one who didn’t fit in as well as the rest.

“Congratulations,” I’d say, “You’ve killed the only one of you who can cook. Once Tim is dead, the rest of you will probably die from poorly cooked meat.”

Each one of our scouts typically had a talent they were better at than anyone else. Some kids were good knot-tyers. Some were good at starting a fire from scratch or building a shelter. Precious few of them wanted to cook, but the ones that did were pretty good at it.

Every person brought something to the table. I had to know them well enough to point it out. My question was part of an exercise to get them to recognize each person has value. Being part of a successful group didn’t require everyone to be the same. I wanted them to understand it was their differences that made them stronger. I have always believed that. All those differences in strengths and personality make everyone better than they are individually.

The discussion became pretty lively, sometimes funny and sometimes disgusting as we wondered about what body parts would be most desirable.

I was surprised they never picked me first. It seemed to me I was the most logical choice. I was older, less physically capable than them, and I wasn’t very good at many of the same survival skills I tried to teach. I told myself it was because I was always entertaining. It’s more likely it was because of the power structure under which we live. It isn’t just the nerds that go first, it’s those at the lowest level of society.

Once, as we returned home and the parents were picking up their scouts, a parent came up to me and asked, “Did you really ask them who’d they’d eat first if they were stuck in the wilderness without food?”

I explained we were talking about extreme survival, then I lied and said, “I encouraged them to bring it up at their next family holiday dinner. I thought it might lead to a fun family discussion.” I never heard from anyone whether that happened. I’m sure that parent explained to their son it might not be appropriate for a family discussion on account of how drastic it might seem.

I counted on the taboo of cannibalization to be sure my scouts would remember our conversations. I wanted to make an impact on how they see the world around them. I wanted them to understand the beauty in their differences as human beings; to appreciate each other for who they are and the skills they bring to the table. I sincerely hope none of us ever end up being served on a table, and if we do, there better be really good reasons why.